THE BOLD AND THE BEAUTIFUL. Portraits from the Renaissance and the Baroque: what do these long-forgotten people from centuries past mean to us? They gaze at us, perhaps with a half-smile, or else ignore us completely. Without uttering a word. All the same, they have so much to tell. About their fascinating lives and who they were or hoped to be. Allow your eyes to stray over these works and discover the many clues they conceal.

The Phoebus Foundation owns a wealth of portraits like this. So many and so varied that we’ve teamed up with the Snyders&Rockox House for an exhibition that highlights the genre of portrait painting in all its facets: from selfie to group portrait. It’s being held at four locations in central Antwerp.

Your host at the Snyders&Rockox House is Nicolaas Rockox himself. He had his own portrait painted several times: as an intellectual, a politician and a society figure. You’ll meet all sorts of contemporaries at his home: distinguished ladies, wealthy gentlemen and dignitaries, but also kitchen maids and merrymakers.

In the Emperor’s Chapel, further up Keizerstraat, things are a little more restrained: faith is a serious business, after all. But those who had themselves immortalized as donors still wanted to show their best side.

And at the Vleeshuis Museum, several monumental paintings by Frans Snyders prove that early-modern people were not just fond of fashion but of fine food too.

Besides the portraits themselves, the exhibition presents the accessories with which the sitters posed: games, combs, jewellery and much more besides. Objects that make the portraits even more tangible.

Come face to face with people who are more like you than you might think. Take a chance on a blind date. In 2019, we are looking back in Flanders and in Brussels at the crucial role that Pieter Bruegel the Elder played in the art-historical landscape of the sixteenth century. The 450th anniversary of his death is a good moment at which to rediscover the work of Jan Brueghel the Elder.

The Snyders&Rockox House is therefore taking a closer look at the drawings of Jan Brueghel I (1568–1625), son of Pieter Bruegel the Elder and brother of Pieter the Younger. Together with Peter Paul Rubens, Jan was one of the most successful Flemish artists of the first quarter of the seventeenth century. He was at home in every market – an inspired painter of landscapes, seascapes, still lifes, historical themes, hunting scenes and allegorical and mythological subjects. Jan is seen as the inventor of the floral still, but he was also an important innovator in the depiction of landscapes, in which his father’s artistic legacy and his visit to Italy played no small part.

The art of painting is underpinned by that of drawing, by which the artist’s talent and creativity can be measured. No previous exhibition has been dedicated solely to the drawn oeuvre of Jan Brueghel I. This major event is curated by Jan Brueghel scholars Dr Teréz Gerszi and Dr Louisa Wood Ruby, supported by Bernadett Tóth.

The exhibition will feature some fifty drawings and several paintings, loaned by leading institutions like the Louvre, Rijksmuseum and British Museum. 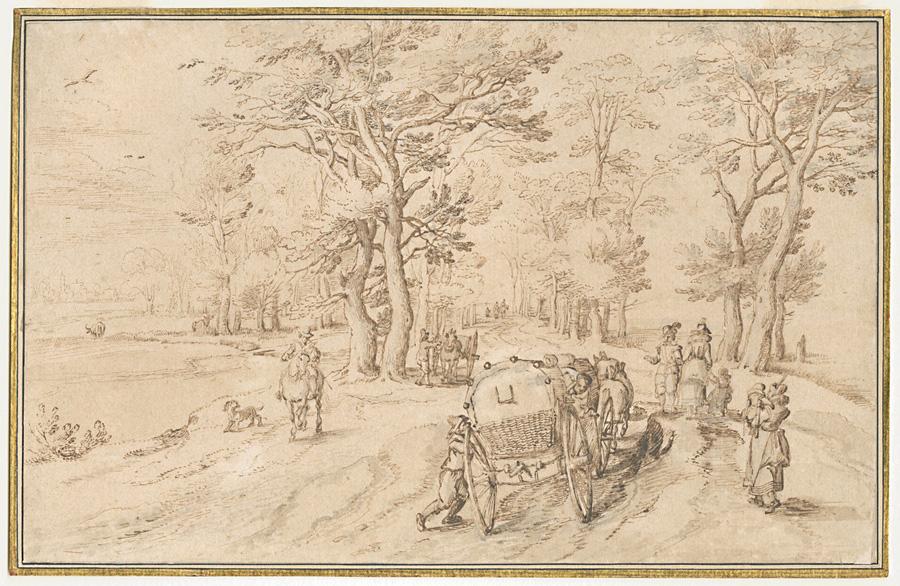 The culinary photographer Tony Le Duc knows how to raise food to the level of art, a talent he shares with the Baroque painter Frans Snijders. Le Duc draws inspiration from the food still lifes of the Baroque, while offering a fresh look at that period - literally and figuratively - through new photographic and video work. A delicious exhibition at the new Snyders&Rockox House!

These were all items on the 17th-century citizen’s menu as well as ingredients found in the impressive market scenes and still lifes of Frans Snyders and his contemporaries. Culinary photographer Tony Le Duc has a similar keen eye to Snyders, and both elevate food to the level of art. Le Duc uses colour and composition to perform his magic. Placing his photographs alongside 17th-century still lifes creates a fascinating contrast. A delicious exhibition in the house and studio of Frans Snyders himself, which opens to the public in 2018 next door to the Rockox House.

And when you’re through feasting your eyes, you can treat yourself to a typical Baroque meal in the restaurant or the Baroque food truck. The Golden Cabinet. The Royal Museum at the Rockox House During the latter part of the sixteenth century and the early part of the seventeenth, the city of Antwerp enjoyed an especially favourable artistic and economic climate that made it the prime production and trading centre for luxury articles. It was a time when many patricians and merchants built up rich collections of contemporary and ancient art, though the majority of those collections have – alas – come to be dispersed in the course of time.

Visitors to the Rockox House in Antwerp will be able to see how an Antwerp art collection must have appeared in the Golden Century. More particularly, the residence of burgomaster and patron Nicolaas Rockox (1560–1640) is being transformed into a luxurious art cabinet with top items from Antwerp’s Royal Museum of Fine Arts (closed for renovation) and the most important works from the Rockox House itself. On display will be a range of fine paintings by such masters as van der Weyden, Memling, van Eyck, Rubens and van Dyck.

The Sky is the Limit. The landscape of the Low Countries. Rockox House Museum, in conjunction with the KMSKA and the Staatliche Kunstsammlungen Dresden. 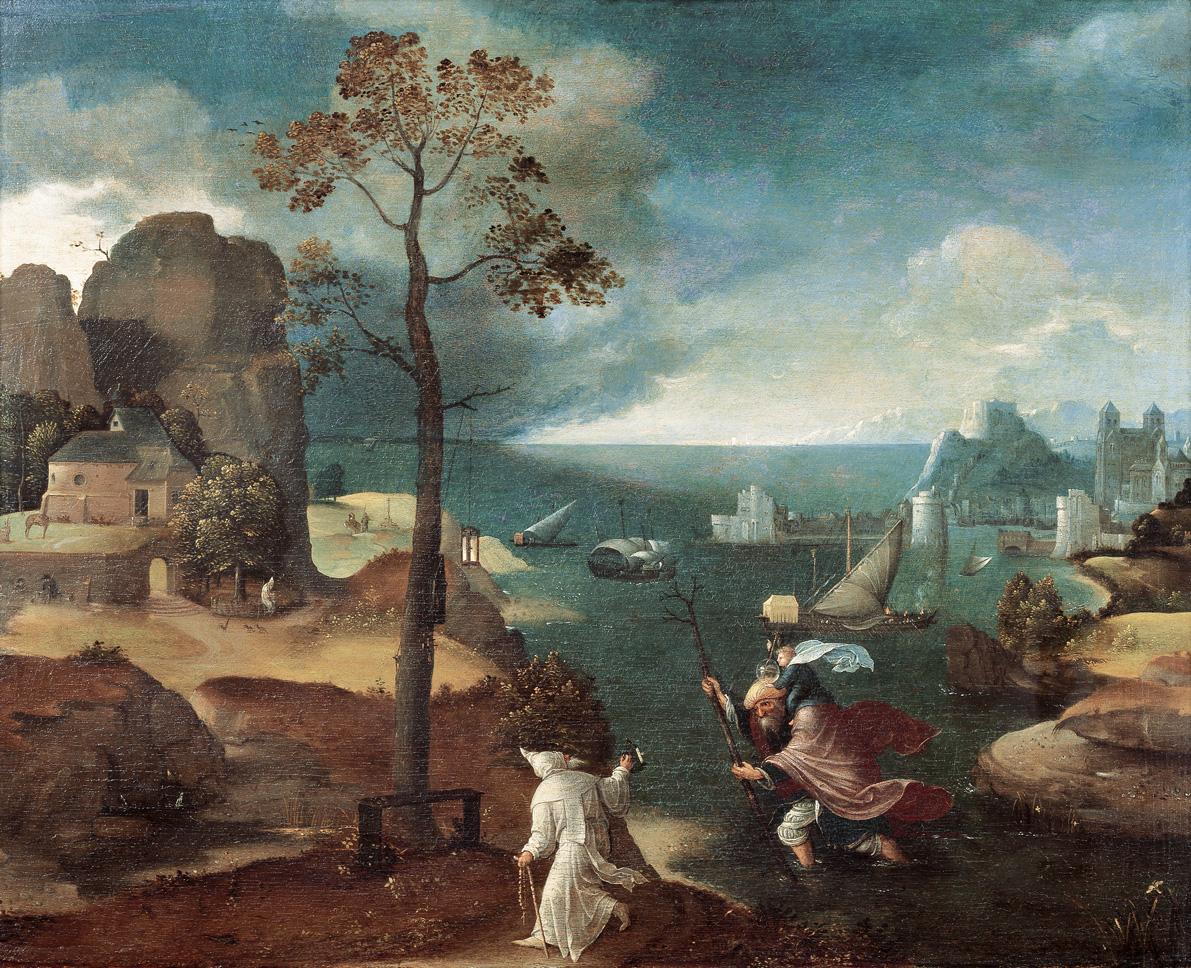 Painting underwent a revolution during the course of the 16th century. New genres, including landscapes, took the art world by storm and flowed into the collections of rich patricians, traders and the nobility. Landscape served as background subject-matter for biblical and mythological scenes, but painters started to express themselves with the new genre in the creation of endless variations on townscapes, mountainscapes, panoramas, depictions of hell and seascapes.

One of the pioneers of Flemish landscape painting was Joachim Patinir. Pieter Bruegel the Elder was painting 'world landscapes' around the middle of the 16th century. In the 17th century, Rubens refocused attention on the landscape with his penchant for the countryside, his panoramic views and the rich diversity of colour on his palette.

The exhibition is made up of loans from the Gemäldegalerie Alte Meister Dresden, which will itself be devoting a major exhibition to this subject in the autumn of 2016, together with landscapes from the KMSKA and the Rockox House.